Between courses: masticating with Horace 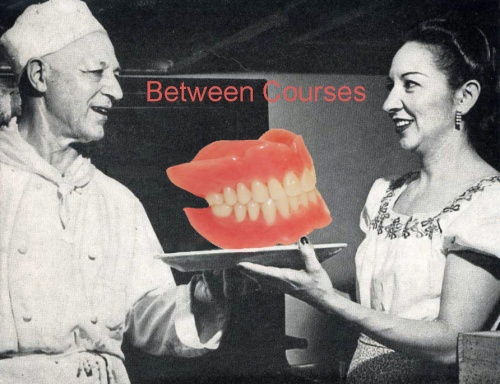 Having made a lot of money in the importing business early in life, Horace P. Fletcher [1849-1919] retired and became a popular health guru known as the “Great Masticator.” He let people know how they could eat less and reduce their food budget, have better digestion, and get more enjoyment out of eating. His ideas attracted quite a bit of attention in the early 20th century.

Not that everyone agreed that chewing food to pulp – at least 30 chews according to the scientific system of Fletcherism — was how they wanted to experience the joys of degustation. Nor would everyone want to witness someone Fletcherizing.

Take oysters. Who would want to go to a restaurant with someone who chewed oysters until all that remained was pulp? And then see him remove the residue from his mouth saying, “The juice is all out of this. The stomach does not need it.” This uncomfortable moment might well take place in an elegant dining room such as at New York’s Waldorf Astoria. 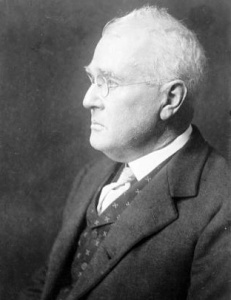 Dairy lunch rooms — with their simple a la carte menus of cereals, milk, potatoes, and other starches – were his favorite places to eat. But, he often stayed at deluxe hotels and ate in their dining rooms. Throwing aside their sumptuous menus, he had no qualms at all about ordering highly irregular – not to mention cheap — meals, often omitting meat or anything resembling a main dish.

In 1904, in a hotel dining room, he ordered hash brown potatoes, which he ate with a spoon, and half a French roll. He used the other half for dessert, after pouring over it a mixture of cream and sugar he whipped together. His waiters undoubtedly got small tips but at least he gave them something to talk about for months afterward.

A lunch room repast might be something such as a leaf of lettuce with only oil for dressing, two pancakes, and a cup of custard. He drank coffee slowly, taking a sip and holding it in his mouth for 30 seconds.

In 1912 he ate nothing but potatoes for 58 days. Testing by scientists showed that his strength and endurance did not suffer as a result of his diet.

Despite his extremism – and his fondness for potatoes and candy – his stress on eating less meat, eating more slowly, and not swallowing barely chewed food may have served  his followers well. He was a hero to many people, particularly dentists who were overjoyed with his appreciation of teeth.