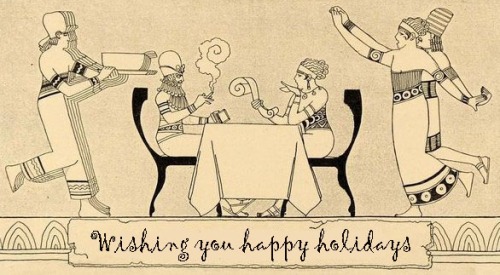 This has been a good year for my blog. My daily hits were up, as were the numbers of comments and subscribers. I heard from a few reporters and researchers plus had interesting correspondence with several dozen readers. Via my blog quite a few descendants of restaurateurs found long-lost relatives, sometimes continents apart. When I started writing the blog in July 2008, it did not occur to me that writing about restaurant history would create a platform for people seeking information about their families, much less that this would be a way for them to contact each other. I love it.

When I learned from a subscriber that an advertisement for how to get rid of belly fat was attached to the post he received automatically via email I decided instantly that I was willing to pay a fee to WordPress for the privilege of having NO ADVERTISEMENTS on my site. Think of me like public TV, penniless but proud (I won’t be fundraising).

All 185 of my posts were viewed this year, although some received scant attention – at the very bottom of the heap was ham sandwiches with a mere two. My “home” page, which contains the most recent six posts at any given time, had 24,262 hits. WordPress statistics do not enable me to say how many individual persons that represents nor how long they stayed on my site. Note that the figures given here contain a certain percentage of misguided viewers on the one hand, but on the other hand, happily, do not include views by subscribers. 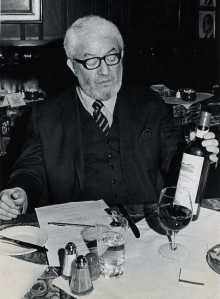 Posts on individual restaurants that garnered the most attention were, in descending order: Detroit’s London Chop House, New York’s Maxwell’s Plum, the Chicago-based John R. Thompson chain, the New York-based Schrafft’s, and Miami’s Wolfie’s. Judging from the number of hits, 2,238, I give the Chop House the award for the historic restaurant with the most loyal former patrons. The high level of interest in it inspired me to buy this photo of the Chop House’s well-dressed proprietor, Lester Gruber, taken in February 1974 shortly after he learned his restaurant had won its fourth Holiday Magazine Dining Distinction Award.

As for posts on more general, cross-decades subjects, number one focused on bloomers as waitress costumes, followed by “Birth of the theme restaurant” in which I discover the source in 19th-century Paris cabarets. I am pleased that interest in Afro-Americans and restaurants remains strong, with a goodly number of hits being registered on the topics of discrimination, fighting for rights, the role of black women, and Afro-American tea rooms.

Shortly after I began the blog a friend asked if I was afraid I’d run out of topics. I am happy to report that my to-do list remains as long as ever. I think of new topics every day. My desk is a flurry of notes that say things such as Coca-Cola, mob restaurants, interior designers, and Repeal. 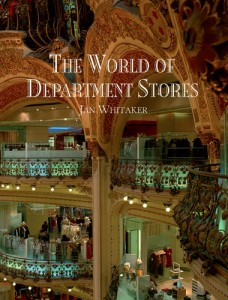 Another year has passed and I am still ambivalent about doing a book, mainly because I’m plagued by two highly related questions: 1) whether I could get a contract with a good publisher,  and 2) how well it would sell. Meanwhile I have published a second, extravagantly illustrated book on department stores, The World of Department Stores. It does have some restaurants in it.