In the early days of American eating places, in the late 18th and early 19th centuries, most customers other than travelers were personally known to proprietors. Some, especially single men, were regular customers eating in the same place every day for weeks, months, even years. They may have rented a sleeping room there as well. Others worked nearby. The typical newspaper advertisement of that time always began by saying that the proprietor wanted to thank his friends, old customers, and the public, in that order, which I believe descends in importance. Many of the familiar customers at better eating places no doubt kept a tab and paid monthly or less often.

From what I have been able to gather, anyone wanting to eat their dinner at a tavern, ordinary, coffee house, or whatever the establishment was called, would let the proprietor know in advance. For those who did not eat there every day, some (most? a few?) proprietors prepared a list of dishes being served that could be examined in the morning. As Mrs. Treville of New York announced in 1777, “The bill of fare [is] to be seen in the coffee room every forenoon.” After inspecting the day’s bill of fare, the prospective diner might leave his name or buy a ticket if he intended to return for dinner, which was served at noon or in the early afternoon.

Although there was sometimes a bill of fare, diners did not usually order individual dishes from it as we do today (though sometimes they did – subject of a later post). Instead, the meal would be served family style, with all the dishes being passed around a common table and each person paying a flat price. Anyone wishing an evening meal had to place their order in advance, probably so that the proprietor could buy the necessary supplies.

Although I am guessing about some of this – to a degree – I think this is how it usually worked. But what I don’t know is whether a person ordering an evening meal for themselves or a group of friends had to pay something up front or if being known was enough to underwrite the deal. 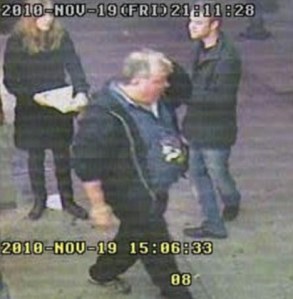 A few months ago a man walked into Antonio’s Pizza parlor in Amherst, Massachusetts, and placed a very large order for 178 pizzas which he said he would pick up later. He never did. The staff worked far into the night to prepare them and the bill totaled nearly $4,000. Almost all of the pizzas ended up being thrown away. The man, whose identity was never publicly revealed, was caught on the store’s security camera [center] and located later living in New Jersey. Through a lawyer he made settlement for an undisclosed amount, with no public explanation of his motive for what appears to have been an intentional prank.

He paid nothing in advance, nor did he leave his credit card or phone number.

Because he was wearing a lanyard around his neck filled with backstage passes and said he was ordering the pizzas for the crew of a Bob Dylan concert at the University of Massachusetts, Antonio’s failed to insist upon a deposit or … anything.

Did the early proprietors of eating places ever get stiffed? Apparently they did, despite the closer personal relations between them and their customers. A law was upheld in 1831 which said that each person in a dining party is a member of a partnership and as such is individually responsible for the entire bill if the others abscond or fail to pay.

Othello Pollard, who served a college crowd, announced in 1802 that he expected immediate payment and would extend credit only for “as long as a man can hold his breath.”

I don’t think Othello would have let the prankster out the door so easily.

One response to “Know thy customer”