When coffee was king 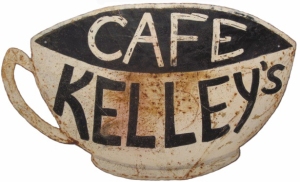 For decades coffee was the beverage most restaurant patrons drank with their meals.

In the Colonial era, though, coffee may have been more of an occasional beverage. Coffee houses were popular gathering spots for business men in the Colonial era and in the early Republic but there is no way of knowing how often coffee accompanied meals in those times. Many coffee houses advertised that it was available all day long, but it’s likely it was outsold by alcoholic drinks.

Then coffee began to gain greater importance as the temperance movement developed in the 1830s. A restaurant owner in Providence RI was an early convert to the role of coffee in reforming heavy-drinking Americans. A religious magazine hailed him for his decision to replace liquor with coffee, stating “If a man must, from habit, drink at 11 o’clock, let him drink ‘Hot Coffee’ and patronize Mr. Dinneford.” In those days 11:00 a.m. was the traditional time for a ‘dram.’

So almost from the beginning coffee was associated with a sober, alert, and morally superior approach to life. 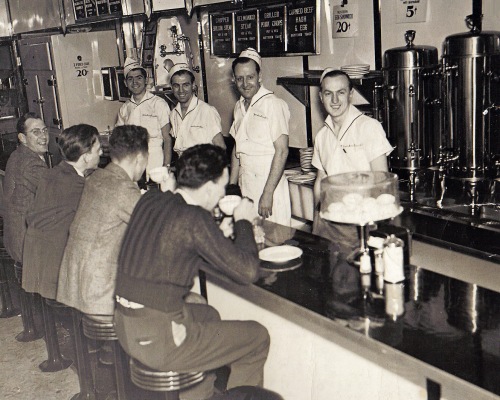 From the mid-19th century into the 1890s most inexpensive restaurants charged 5 cents for a cup, though it might cost a couple of cents more or less. Move up a step to a higher grade eating place, such as Mouquin’s, a popular French table d’hôte in New York City, and a cup would cost 10 cents. Luxury restaurants of the 1890s, such as Delmonico’s, were likely to charge 25 cents for coffee, a sum that would buy a whole dinner in a common lunch room.

The importance of coffee to restaurants grew in the 20th century, especially at popular-priced eateries where the price of a cup remained 5 cents. By the early 1920s, the amount of coffee imported into the U.S. had more than tripled since 1880. At “quick lunch” places, individual table & chair combos that looked like school desks were designed with a hole in the top to hold the all-important coffee mug. Already by 1904, some horse-drawn lunch wagons provided cardboard containers for coffee orders to go. 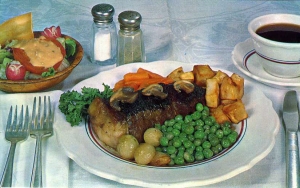 Restaurant proprietors and customers alike agreed that “coffee makes the restaurant” and that you could tell a good restaurant by its coffee. Even when sold at a low price it was profitable, especially at lunch counters where service costs were low. Most diners ordered coffee with their meals in the 1920s, even at the ritzy Waldorf Astoria. No one, it seemed, cared that famous French chef Auguste Escoffier had laid down the rule, “Never serve coffee except at the end of the meal.”

In the 1930s and 1940s, a nickel a cup didn’t seem enough to many restaurateurs who raised their prices to 10 cents. Those that did not had reason to regret it in 1944 when the war caused the federal government to order that restaurants not charge more for coffee that they had in October 1942. For most places this meant 10 cents, but chains such as the Automat, Bickford’s, Thompson’s, B&G Sandwich Shops, and the Waldorf System were stuck with nickel-a-cup until late in 1950.

Prices continued to tick upwards after that. By the mid-1970s 25 cents a cup was standard in the average restaurant. (Even then, there were customers who bristled at paying more than 5 cents!) Often restaurants softened the blow of price increases by offering free refills to those ordering full meals. Still prices rose, and even chains such as Wendy’s raised their price to 30 cents while Friendly’s went up to 35 cents in 1977. Ten years later, one dollar a cup was commonplace. 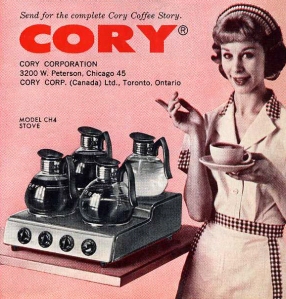 In the 1970s and 1980s, higher priced coffee beans, along with fast food chain competition, and the rise of soft drinks with meals reduced the popularity of coffee and dealt a blow to coffee shop restaurants. Coffee shops had been the fifth most popular type of eating place according to a 1976 National Restaurant Association survey, but by the mid 1980s they were slipping badly. Philip Langdon, author of a book on chain restaurants titled Orange Roofs and Golden Arches, observed that many coffee shops had restyled themselves as “family restaurants” in an attempt to draw the dinner crowd.

Around the same time a series of SCTV comedy sketches made fun of the mythical polka-loving residents of Leutonia and their fondness for “cabbage rolls and coffee,” marking a new attitude to coffee with lunch or dinner that branded it as the choice of unhip elderly diners.

Coffee retains its popularity as a stand-alone beverage today, but less as an accompaniment to meals. Gone are the days when Maxwell House coffee and Cory coffeemakers reigned – when 90% of restaurant customers ordered coffee with their meals (1935) – and when the trio “Cleanliness, Comfort, Coffee” were enough to assure a restaurant of success (1955).

14 responses to “When coffee was king”