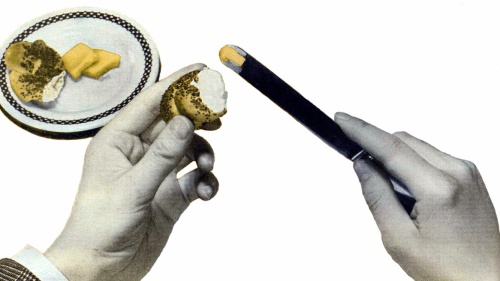 There are many ways to handle butter service in restaurants. Toast may be buttered in the kitchen, doing away with the establishment’s need to decide among curls, balls, rosettes, wrapped servings, pats or, whipped butter put in tiny ramekins. Alternatively, olive oil may take the place of butter on the table. 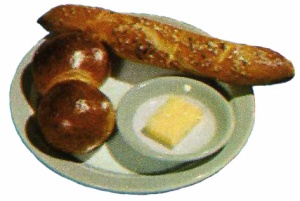 Over the decades butter has given restaurant managers plenty of headaches, whether due to its cost, its scarcity, and/or complaints from patrons that they didn’t get enough. Not to mention that it melts when it gets warm and turns hard when it’s cold.

What form butter usually took when diners received it in the 19th century is not clear, maybe in lumps, possibly piled in a communal bowl on each table, a habit that customers would reject in the 20th century.

Bread and butter was viewed as a necessary complement to a meal in the early 1800s, and it often served as an entire meal for those with little to spend. Some restaurants charged separately for bread and butter, while in others it came along with a regular meat or fish order. A good restaurant or tavern might have fresh butter, but others did not. Even if they struck it rich, the early California gold diggers had to wait for Eastern butter to travel around Cape Horn before it reached San Francisco in poor shape. But soon California had dairies that supplied fresh butter, as an 1856 advertisement boasted, “From this date we shall use none other than California Butter, fresh from the best Petaluma Ranches, daily.”

Melting butter became a problem in the summer. The sickening description of “butter the consistency of salad-oil, dotted with struggling flies” can only inspire pity for summertime patrons of Chicago restaurants in the 1880s. To prevent melting, restaurants often placed butter pats upon chipped ice, making it a bit difficult for patrons to butter their bread, but still clearly preferable to the alternative. 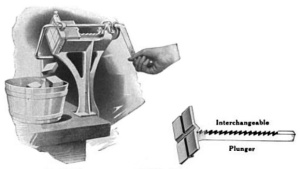 Butter making was rapidly becoming industrialized in the late 19th century, at which time inventors began working on butter cutters that would produce neatly cut chips for use in restaurants and hotel dining rooms. Although many eating places bought butter pre-cut into pats and stamped with their logo by a large dairy, others used mechanical cutters that permitted them to buy butter in bulk and cut it themselves, “untouched by human hands.” All-new-improved models came on the market in the early 20th century, such as the American Butter Dispenser that held 9 pounds capable of being turned into “clean, firm, equal” butter pats in only 2½ minutes. Another feature was that the machine could produce from 28 to 54 pats per pound, permitting a restaurant to economize on butter as needed. 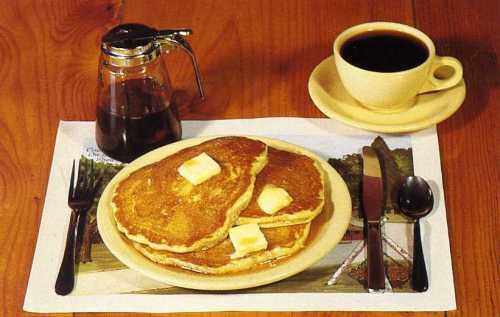 The size of butter pats varied with national conditions and other pressures. During World War I the Food Administration advised serving no more than ½ oz. per person (actually a generous serving). After the war the dairy lobby in Minnesota tried and failed to push through legislation that would have boosted the standard restaurant serving to 2 oz. Butter pats grew slim once again due to shortages during World War II, and some restaurants began charging extra for butter as its cost rose. Customers complained bitterly.

Perhaps the most curious complaint about butter was that of a patron at a Denny’s restaurant in the 1970s. When served toast with a cold, right-from-the-refrigerator butter pat on top – rather than melted butter as advertised on the menu — Malcolm Douglas Stroud deducted 25 cents from his check. A Denny’s employee made a citizen’s arrest; Stroud countered with a suit for malicious prosecution and was awarded $10,600 in damages by an Oregon court.