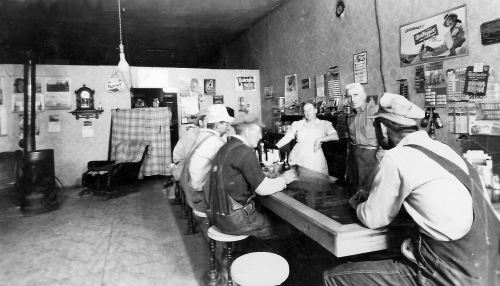 In most towns and cities across the USA the landscape is filled with fast food eateries that belong to chains, McDonald’s obviously being only one. Chain restaurants make up close to half of all restaurants today, and many of them can be classed as fast food places. A large proportion of the meals people eat away from home come from this type of eating place.

Where did people grab a quick bite before the fast food chains came along? What was the ordinary, inexpensive eating place like for so much of the last century, B.McD.?

Let’s peer back into the first half of the 20th century. There were some “quick lunch” chains in existence, but they were the exception rather than the rule. Although high-traffic locations in larger cities were quickly grabbed up by chains such as Baltimore Lunch or John R. Thompson, less desirable sites in cities and on Main Streets in smaller towns were populated with small independent eateries. 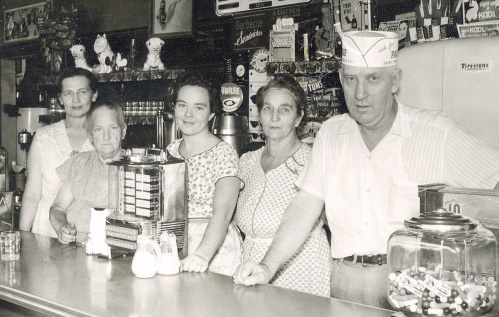 Many, perhaps most, lunch rooms and cafes – not likely to be called restaurants then – occupied storefronts or freestanding one-story buildings of very basic construction. Often they were “mom & pop” operations with one of the pair handling the cooking, the other running the food service side of things. Very likely the proprietors knew most of their customers on at least a first name basis. 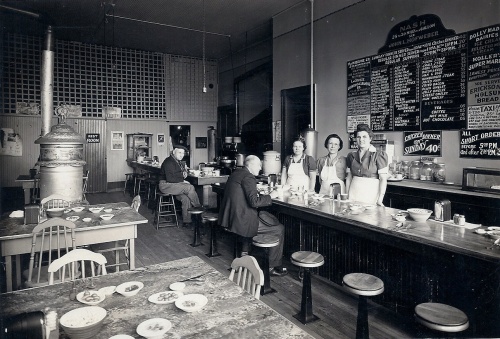 Most lunch rooms shared a basic floor plan in a standard storefront space 18 to 25 feet wide and 75 to 100 feet deep. About 2/3 to 3/4 of the space was devoted to the dining room, the rest making up the kitchen which was hidden behind a wall, partition, or just a curtain. 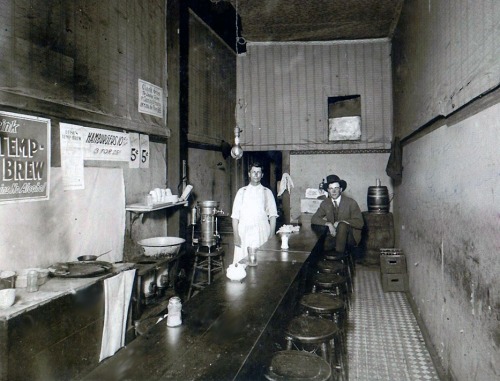 Usually seating would include both a counter and some tables or booths along the side or arranged toward the back. Very narrow storefronts had counter seating only. Shelves behind the counter or glass display cases might hold baked goods, packaged groceries, cigars, or candy. A cash register was often a prominent feature. 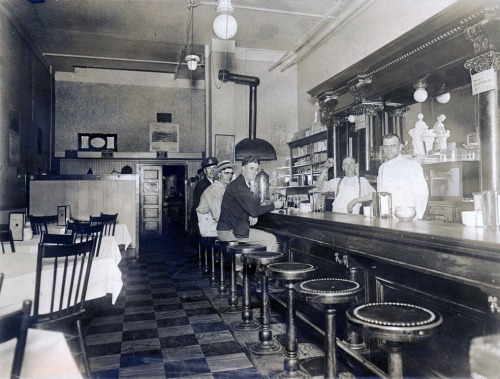 In many cases during Prohibition, a café’s or lunch room’s previous status as a barroom was plainly evident. 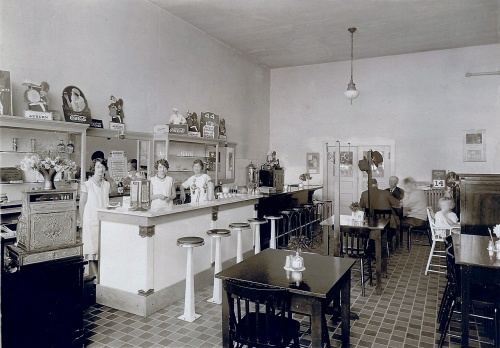 Decor, such as it was, was frequently provided by posters and stand-up signs advertising national brands, particularly soft drinks. 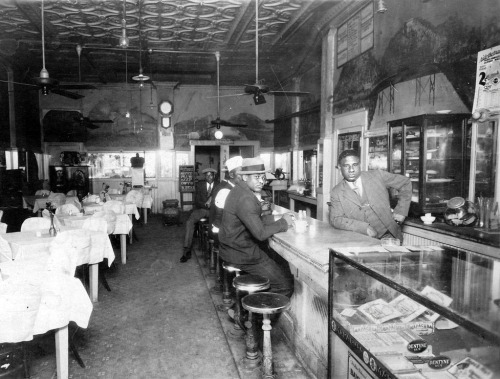 What was gained and what was lost when the old lunch rooms disappeared? It’s a mixed picture. I doubt that their food was much to brag about. Some were clean, some were dirty. Often their menus were limited — but rarely as limited as the fast food chains. Food was served on dishes, not in paper wrappings. They provided service and often friendliness and a sense of community, though it was sometimes circumscribed by race, gender, and familiarity.

I recall walking into a local café in Hannibal MO about ten years ago. The few customers at the counter all turned to stare openly as we came though the door. The proprietor screeched, “Where are YOU from?” We were horrified when the chili came with a big scoop of sour cream on top. She seemed offended when we failed to order pie. I hate to admit it but, all in all, I would have preferred the anonymity of a chain for lunch that day. On the other hand, if we had gone to a chain I wouldn’t remember being in Hannibal at all.